From the size to the number of seats available, the exact history of the Gilfillan Farm outhouse is unclear. There is one theory that seems to be most likely. 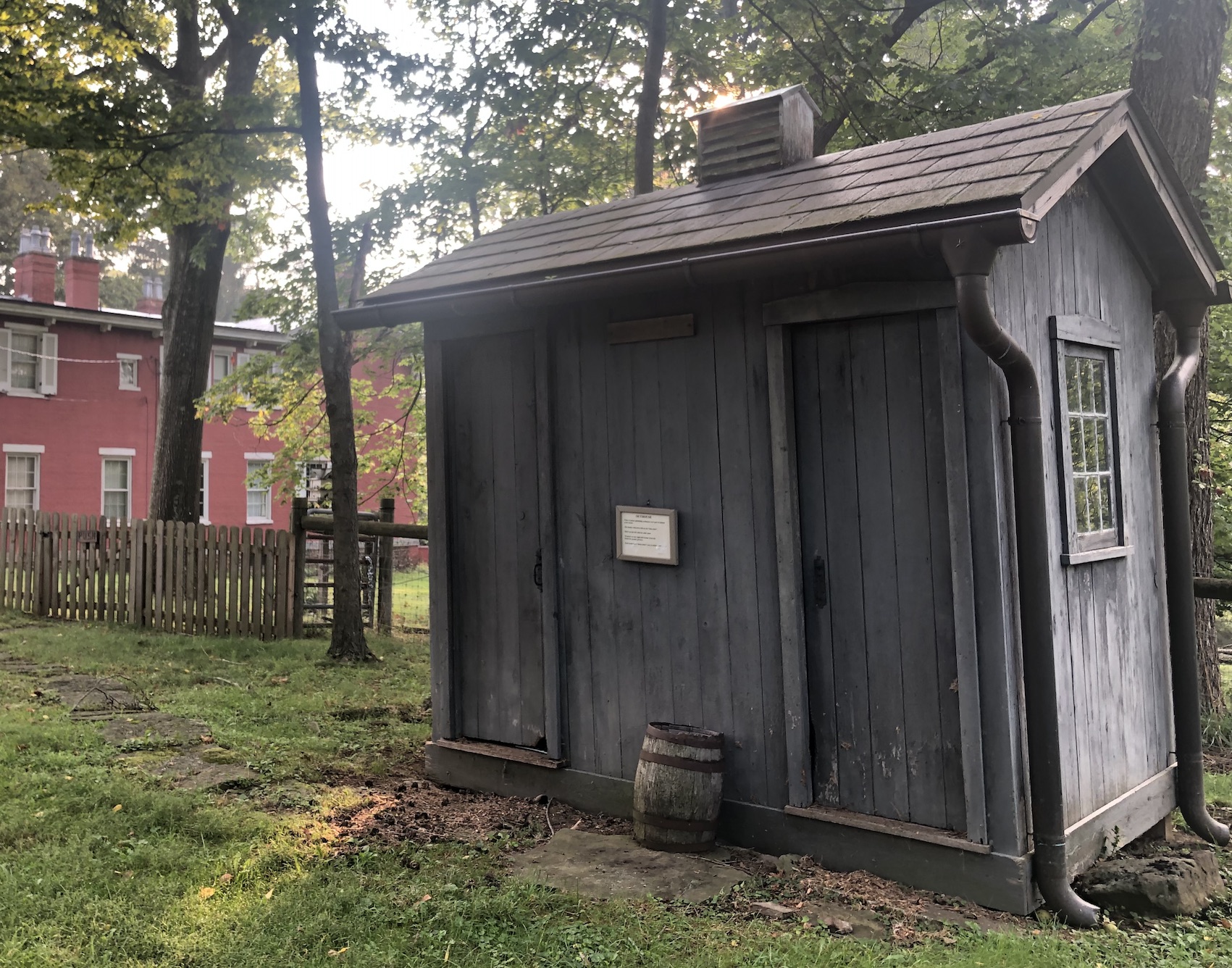 It is estimated that the outhouse at the Gilfillan Farm was built around 1855. The structure of the outhouse is unsually large for this type of building. Unlike the other buildings that surround and compliment the farmhouse, the outhouse is built out of wood. The building was divided into two sections: one for men, and a slightly large section for women.

Each room has three seats of varying heights. It is unknown why the outhouse has "His" and "Hers" bathroom facilities. However, the Historical Society of Upper St. Clair has determined that it is likely because the gravel driveway behind the outhouse served as a stagecoach line from the city of Pittsburgh to Washington, PA. A larger outhouse building would have been necessary to accommodate those awaiting transportation.

Some renovations have already been completed to date. The Historical Society of Upper St. Clair has been tasked with securing and sealing the outhouse in a discreet manner so that small animals will no longer be able to use the outhouse as their homes. The work needs to be done in a way that upholds the aesthetics of the building from that time period.
Donate