Located near the Big Barn, this building has housed pigs and rams. Currently, the Goat Barn is home to Horses with Hope's goats. 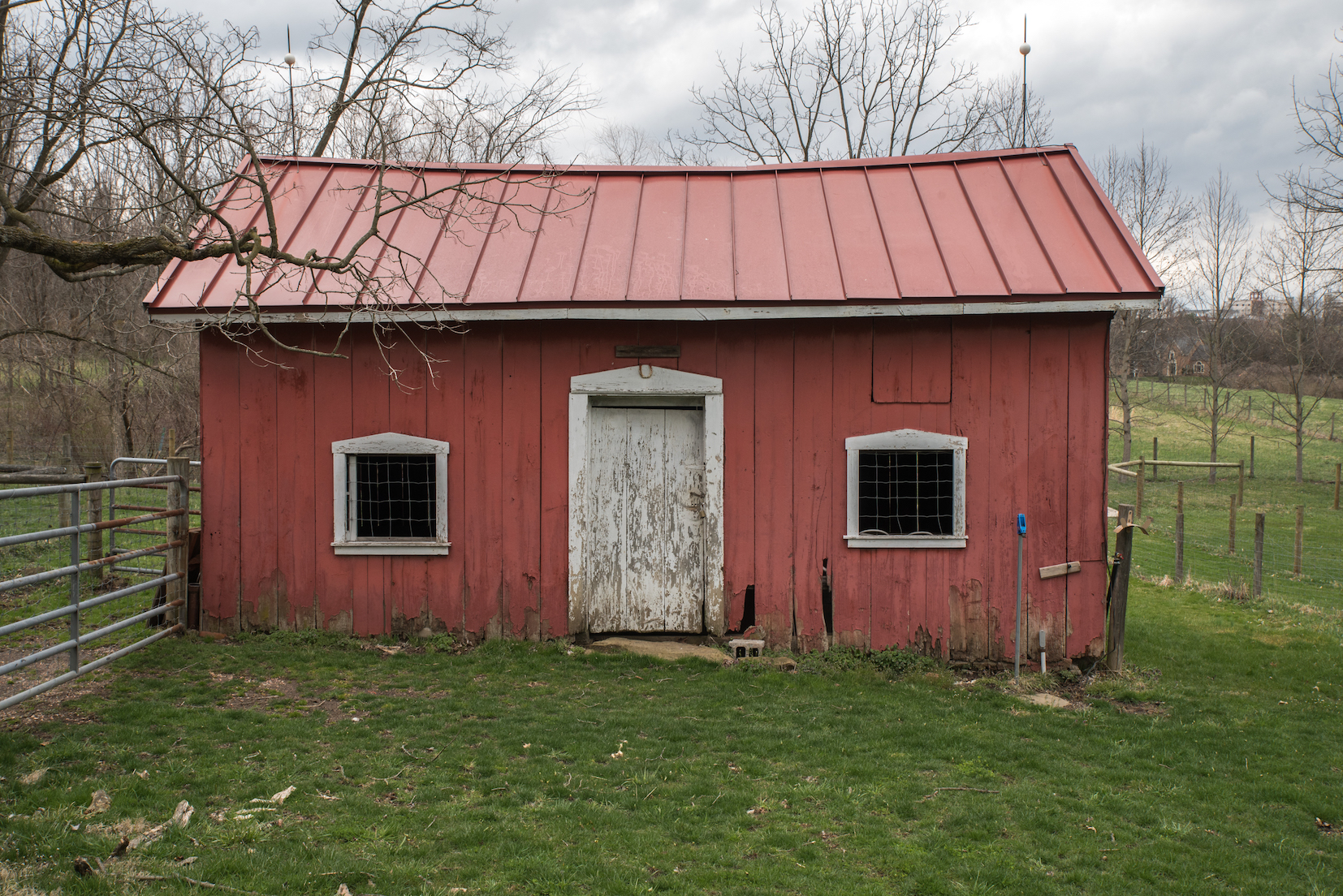 The goat barn at Gilfillan Farm is the smallest barn on the property and was used to house the smaller livestock. Regardless of its size, the goat barn has been a big asset to the farm.

During the Gilfillan's time on the farm, pigs and rams were likely raised for meat. Also, rams would have been used for their wool coats which could have been sold, bartered, or used for clothing production. Goats are raised for milk and meat, and were even used as a way to control brush in the pastures. The goats that are currently housed in the goat barn are used for education and therapeutic purposes.

Since the farm was acquired by the Historical Society of Upper St. Clair, the goat barn has undergone some necessary maintenance. A new roof and gutters were installed. HSUSC intends to repaint the building in the future.
Donate